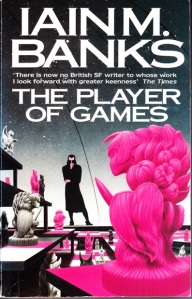 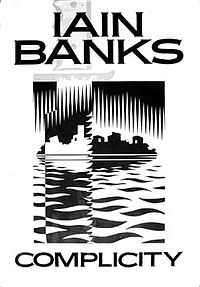 Janice Galloway said Alasdair Gray’s Lanark was the book that showed her that writing – and by extension any art – produced in Scotland from real, everyday experience was just as valid as that produced in New York, in London, in Paris or any of the supposed cultural centres around the world. That Scottish voices and experiences were both universal and malleable, the base stuff of art.

It’s a common theme in Scottish literary criticism and in discussions among writers: The one who inspired us. The one who said “I can do it, and I’m just like you.” We all know that excitement, that awakening from the music of our youth, bands like The Smiths, Joy Division, The Clash, Nirvana, Public Enemy, bands that came from the same world as their fans, singers and songwriters who weren’t Spiders from Mars, who didn’t live in secretive mansions with private zoos and oxygen tents. They lived in our streets and drank in our locals. Yet they were different from the other people in our street, from the other bodies at the bar, because they had taken that street and that bar and made something special from it. They took our daily humdrum and showed the horror and the beauty of it and in the process validated our existences.

Well, it happens in literature, too, and when it does, the bond we have with a writer and their works is just as strong as with our favourite bands. For me, that writer was Iain M. Banks.

An aside: I’m going to use the M. throughout to refer to the writer of both the ‘mainstream’ and the ‘science fiction’ for two reasons: Firstly, he himself said in a number of interviews that he’d wanted to use the M from the start as his pen name for all his books, but his publisher got him to drop it. And secondly, the brackets usually used (M) imply that the science fiction books were parenthetical at best, something that is very definitely not true.

I first encountered Banks in Complicity. An interview with a band I liked listed the novel as an inspiration for their latest album. Loving the album, I naturally sought out the book. Although one of his best books, it was maybe not the ideal place for a 13/14 year old to start. The graphic violence and drug taking, not to mention the enormous amounts of time devoted to video games, could have led a young man like me astray. But instead it was the prose and the plots that hooked me. I immediately sought out his other books available at that time, The Wasp Factory, The Crow Road, Espedair Street, The Bridge, Walking on Glass and Canal Dreams. The first three I loved; the final two I enjoyed but didn’t consider classics. The Bridge blew my mind. I felt lost in it, but in a good way. Like being in a new, exciting city for the first time. I had no idea where I was, where I was going, but I knew I wanted to start exploring and I knew my efforts would be repaid.

Then I discovered that Iain Banks and Iain M. Banks were the same person. Already a fan of sci-fi through my father’s strategic placement of Douglas Adams, Isaac Asimov, Arthur C. Clarke and John Wyndham books throughout the house, I had no trouble with the movement from literary fiction to science fiction that some people still seem too close-minded to attempt (and vice versa: a friend of mine adores the sci-fi books but refuses to read the mainstream ones for exactly the same reason: “It’s not my sort of thing”).

It is here, in my mind, that Banks truly shone. Use of Weapons, Against a Dark Background and, my personal favourite, The Player of Games, are everything that’s great about his mainstream work: Families in turmoil, youth gone sour, hidden secrets and terrible mysteries, tight plots, exciting scenes, breathtaking denouements. Only instead of being played out in the Panama Canal or the Scottish Highlands, they’re played out on the backdrop of an entire galaxy, inside gas giants, on desolate moons and teeming orbitals. If you love Iain Banks, why would you not want more of him, and on a wider screen?

I find it interesting that many fans of Iain sans M name The Bridge as his greatest achievement, completely ignoring the obvious science fiction elements in that and most of his mainstream fiction.

Ken Macleod says it much better in his obituary in The Guardian.

Now Banks wasn’t perfect: Many accused him of squandering a talent. An interview on the South Bank show where he admitted to casually dashing off a novel in six weeks so he could spend more time with his cars infuriated fans who felt let down by a succession of sub-par novels (Dead Air in particular pleased no one, although it does, in my mind, contain Banks’ best joke*), but it soon transpired that this was more of a mid-career dip in form than a writer past his peak. Returning with Surface Detail, Transition, Stonemouth and The Hydrogen Sonata, all wonderful books. I can’t wait to get my hands on The Quarry. I just wish it wasn’t his last.

His recent, sad, all-too-early passing is an apposite time to return to his works and, I cannot stress this enough, to read all of them. Not just the ones in a genre you feel comfortable in. Iain M. Banks never saw himself as a serious writer who dabbled in science fiction, he frequently referred to himself as a science fiction writer who occasionally relished the challenge of writing within the boundaries of contemporary technology.

As Ken McLeod points out in his article, Banks also left something far more powerful than his books: In The Culture novels, he created an optimistic, egalitarian, Socialist future for humanity. Banks was a strong advocate for Independence, but with a qualification: “I think I’d still sacrifice an independent Scotland for a socialist UK, but … I can’t really see that happening. What I can imagine is England continuing to turn to the right and eventually leaving the EU altogether.”

Alasdair Gray wrote “Work as if you live in the early days of a better nation.” Banks did better than that: He showed us Scots that our future need not be a depressing dystopian vision where everything fails and nothing works. Our future need not be a Brave New World, it could be The Culture. The future could be bright, if we work hard, together and all in the same direction.

As a young man, Banks inspired me to write, and to write about not just the world around me – the universal world of Aberdeen, in my universal Scottish voice – but to think about other worlds, to think about how this world might be made better, and to write these things into existence. Now, as an adult, his passionate yet level-headed humanitarianism and the open, brave way he approached his death has inspired me again. That we could all live a life so full and die so well, surrounded by love.

* “If September 11th was an attack on democracy, they’d have flown the planes into Al Gore’s house.”

Nov 3: Next book is out (details to be announced)