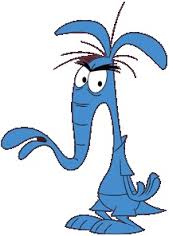 As I mentioned before I was one of the judges on this year’s Twisted Tales competition run by Raging Aardvark Publishing. Well, after much judging, discussing and – remarkably given what I’ve heard about other literary competitions – much agreeing, the winners have been announced. These thirteen will appear in the anthology out at a future date. Congratulations to them all. They are as follows:

Peoples Choice (as voted by the readers on etherbooks): “Over The Top” by Guy Bolton.
Judges Choice: “Vixen” by Simon Sylvester.
“Counting to Paradise” by Tina Pisco
“Bianca” by Gwen Hart
“Message Understood” by Susan Howe
“What’s a Mother To Do” by Tina Pisco
“The Bunk Bed Incident” by Allan Heller
“Elevation” by Vesna McMaster
“Dave” by Keith Gillson
“The New Thieves” by Thaisa Frank
“Debut” by Therese Edmonds
“Friday Roses” by Cath Bore
“The Cabin” by Miranda Boers