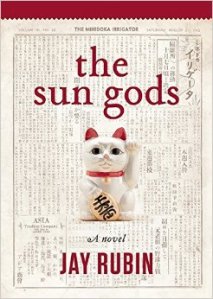 This Sunday I have two reviews in the Japan Times. Jay Rubin is better known as one of Haruki Murakami’s translators, but he has just published his debut novel The Sun Gods. It’s about Japanese internment in American during World War 2 and you can read what I think here. The second piece is on Ryotaro Shiba’s The Last Shogun. A prolific and popular historical novelist in Japan, few of his works have been translated into English. Many books exist detailing the end of the Shogunate and the move towards modernity in Japan, but few do it from inside the corridors of power. Read all about it here.