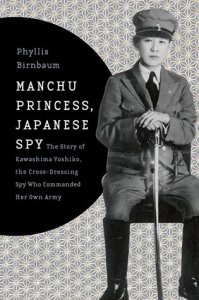 I reviewed Phyllis Birnbaum’s Manchu Princess, Japanese Spy for the Japan Times this weekend. Kawashima Yoshiko was a Chinese princess raised in Japan who set out to become the ‘Manchu Joan of Arc’ and was often called the ‘Eastern Mata Hari’. Yukawa Haruna, one of the two Japanese hostages recently executed by Isis, apparently believed himself to be a reincarnation of Kawashima. You can read the review here.